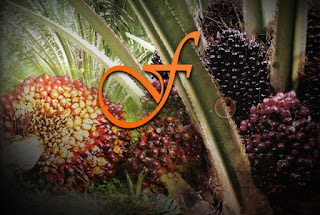 KUALA LUMPUR: The Opposition-linked Association of Felda Settler's Children (Anak), led by Pas central committee member Mazlan Aliman, is set to hold a demonstration in front of Felda tower today.
Anak has claimed that thousands of settlers and their family members would be joining the demonstration against Felda.
Pas secretary-general Datuk Mustafa Ali had endorsed the demo, which is called Himpunan Oren Gerakan Selamatkan Felda 2.0, after the former had issued an official letter asking for the party members and leaderships to give support.
Mazlan had said that the ultimatum of the demonstration is to demand Prime Minister Datuk Seri Najib Tun Razak to sack Felda’s chairman Tan Sri Isa Samad immediately, claiming that the latter had failed to manage the conglomerate effectively.
Apart from that, he also demanded that Felda should stop dealing with any Jewish company, Felda should prevent political influence in the top management, as well as Felda has to return back a total of 390,000 hectares of lands that were leased to Felda Global Ventures Holdings (FGVH).
“Failing to do so, will result a continuous protest from us,” Mazlan said, adding that they will stack a ton of oil palms in front of the tower as a sign of protest.
However, this demo appears politically motivated as a reliable source from Felda said: “He claimed that he has tens of thousands of supports from settlers, but he still depends on Pas to mobilise its people to endorse the rally”.
The source said that those four demands by Anak were considered as futile since a number of explanations have been made to dispute their allegations.
“The appointment of Isa was endorsed by the minister who is fully responsible on Felda, which is the Prime Minister himself. Najib wants to ensure that Felda is going through a transformation program,” the source said, adding that the appointment was critical to restructure the group.
“Its rather odd when Mazlan said that Isa failed to lead the conglomerate and disturbing the peaceful in the schemes. It was him who has been actively instigating the settlers to go against the government.
“But he says And Isa was causing such a chaos situation in Felda,” the source said, adding that there’s no way Najib would appoint someone who he had no trust on managing the scheme, which was initiated by his father Tun Abdul Razak.
Apart from the four demands, Mazlan also had urged the government to reappoint former Felda General Manager Datuk Dzulkifli Wahab.
It was understood that Dzulkifli had vowed to stick with Felda’s transformation plan as mooted by Najib, but out of a sudden he disagreed with Isa upon the listing process of FGVH earlier this year.
According to blogger Zakhir Mohamed, better known as Big Dog, it was said that Dzulkifli was hesitant to let go his positions in numerous Felda subsidiaries companies, including the post as Felda Investment Cooperative (KPF) chairman.
It is said that all these key positions had guaranteed Dzulkifli perks amount nearly to RM1 million per month.
Mazlan also had been alleging that there has been a conspiracy to put Isa into the top management of KPF, adding that the move was meant to reduce KPF’s 51 per cent shares to 29 per cent in Felda Holdings.
The source however said that reduction was purposedly misled by Mazlan, adding that it was supposed to be a share swapping process between KPF and Felda Holdings.
"What Anak had failed to say is the process was meant to swap KPF's shares in Felda Holdings (FH) with around 17 per cent shares in FGVH. That was the idea.
"The analogy is simple, comparing four houses worth RM100,000 each with a house worth RM1 million, obviously they (KPF) should be opting for a more profitable deal," the source said, adding that the 17 per cent shares in FGVH is totally higher than 51 per cent shares owned by KPF in FH.
The source also pointed out that Felda has the authority to appoint top three key positions in KPF, which are chairman, secretary and treasurer.

Section 11 (a)(b)(2), KPF by-laws read as: “Pengerusi, Setiausaha dan Bendahari Koperasi hendaklah terdiri daripada anggota-anggota yang dicalon oleh Felda (Chairman, Secretary and Treasure should be nominees by Felda).
Isa, earlier, had dismissed the allegation that he was vying for the post in KPF, adding that he had to be a registered member with Malaysian Cooperative Commission (SKM) to become a candidate for chairman or board of directors in KPF.
“I was accused of something that did not take place. If we want to vie for the board of directors of the cooperatives, we must register our names with SKM because they will evaluate and scrutinise the background and finance of the candidates,” he was reportedly saying in Bernama.
Meanwhile, blogger Jebat Must Die had disputed the demand for FGVH to return the leased land to Felda Plantation by stating that the 360,000 hectares was remained leftovers during the 70s after the second generation of settlers had opted to work in cities.
“I find it odd when he said that FGVH passing off land that they do not own because it is clearly said in the prospectus that the lands were not FGVH’s to begin with. The lands were only tenanted by FGV from Felda. And further more, this IPO is about the listing of FGVH; it is not about the listing of Felda lands.
“Actually, since decades ago, Felda received about 800,000 hectares from the government (this was during Tunku Abdul Rahman’s time). Out of that, 500,000 hectares were given to settlers. But in the 1970’s, when the government wanted to give out further 300,000 hectares of lands under the settlement scheme, there were no takers as the new generation at that time did not want to take it up. They’d rather work in urban areas or in big cities at that time,” the blogger said.
The blogger further wrote that due to the situation, the settlement scheme was stopped and Felda itself managed the balance 327,730.06 hectares of the land.
The source also claimed that Mazlan's allegation on Felda's trading deal with Jewish company was totally misleading.
As Big Dog pointed out earlier, once the palm oil reaches a foreign port it is beyond the scope of control of FGV and its subsidiaries.
“Palm oil, like other commodities, can easily change hands, especially among traders. Most importantly, there is no control over (or planning for) what the end use will be, especially by the original manufacturer. If it is removed from the original supply and repackaged, it is impossible to trace, let alone control,” he said.
Big Dog lamented the fact that Mazlan and other “politically-bankrupt leaders” have tried to sabotage the Prime Minister’s efforts to transform the lives of the Felda community.
Source
The Mole
Posted by Anakbukitgantang at Sunday, December 30, 2012