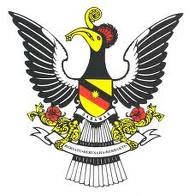 One of the most significance dominoes since 1969 - the chinese vs malays - had finally fallen into place. There’s probably a party somewhere (other than in DAP and PAP’s headquarter) celebrating this fallen dominoes.

Well, at least I’ve done my part. I like to think that by disclosing the primary blueprint in my earlier “2013 ILLUMINATI BLUEPRINT 2013 blueprint” it had contributed the tiny miny delay of the 2013’s checkmate. The primary blueprint would be perfect if went unstopped. The Luciferians had invested quite a lot in order to prepare for that project. The 2001’s Malay-Indians riot in Klang Lama carries with it all the usual hints that the riot was part of the experiment for a bigger mission. The emergence of Hindraf, who gained it momentum after the British Press feed its publicity stunt on the so called Memorandum to the British government only to have its leaders applying asylum from the same government, is one of the prime example of many interference from abroad.

In my first 2013’s article I have told you about the attempt to manipulate the Indian race as catalyst to the downfall of UMNO, the Malays and Islam in Malaysia. But if you had ever read it through, you will notice that the plans to use the Indians as sacrificial lamb is never to bring any Indians to power (that would be impossible, regardless of how many Indians and Malays would have died if the blueprint is executed).

No, the whole idea is not to have the first Indian Prime Minister in Malaysia, it has always been to bring the first Secular Racist Chinese Prime Minister of Malaysia (which in this case refers to DAP). The DAP has and will always treated the Indians as nothing more than a sacrificial goat. The Indians ought to know that by the way they acted in the case of Kampung Buah Pala in Penang.

So maybe the Luciferians have aborted the primary plan, but does that means that the dominoes have stopped falling?

Nope, they’re still on tracks. The locomotive used is probably slow on coal rather than the planned electric bullet train, but the arrival time is still expected on schedule. The government’s propaganda machine is adopting too much on straight and predictable offensive nowadays, with every salvo in the political depot being fired at Anwar Ibrahim while the DAP is spared plotting behind him.

We need to find a way to tell the people, including the Chinese that nothing good will come out from DAP’s winning. I personally believe that the Luciferians no longer have any interest to rule this country for a long term. The prophesied coming of the anti-christ is too near to allow this country from being spared from the global blueprint already in motion. If countries in the Middle East with black gold (oil) can be subjected into the well planned anarchy, then what’s are the chances that they would want to rule this country peacefully?

No, I don’t think we can hope for the next Singapore in the making. The whole word including the United States and Europe are now deteriorating socially and economically. There’s looming recession in the west, blood spilling in Arab world and an undisclosed nuclear disaster in the east. To expect that our single country will go uphill under DAP rule while the rest of the world is tumbling downhill is statistically nonsense.

I think people of all races in this country ought to realize that sooner or later, the despair that is now looming all over the world will eventually breached our borders. Once the price of crude oil breached the USD170 per barrel, poverty will spread its tentacle to all walks of life in Malaysia. And once global food production plummets below 40%, the impoverish population will now experience hunger. (watch my youtube channel "when foods rund out" here)

Poverty and famine are two things which can really turn human beings into the ugliest form of creature. It can turn modern community into killing mobs and if condition is ripe for several groups of mobs to came together under a single murderous intent, then any minorities who could not identified themselves as part of that mob better run away and hide.

So what are the worse case scenario?

Let’s say hypothetically that poverty and famine suddenly strike our whole nation at the worst possible time when the country happened to be ruled by ethnic minority, what do think will be the next of sequence of events?

Of course one might say that the poverty and the famine have nothing to do with the new government. That’s probably true too because you just can’t expect this country to prosper when the rest of the world is suffering. Our economies are too globally connected to isolate us from the economic recession of the world.


But will the majority of jobless and hungry people listened to such reasoning?


No, they won’t. They will be blinded by their rage and will only listen to anybody who pointed someone else to blame on. And the blame will go to the new government and the minority race that put that non-indigenous government on power.


I wouldn’t dare to imagine the things to follow. Indonesia 1998’s bloodshed probably going to look lame compared to that. The last time our people experience poverty and famine was during the World War 2 during the Japanese occupation when people were eating plentiful of tapioca back then. But even with belly full of tapioca, a sino-malay war almost erupted right after the end of Japanese occupation. The war was only averted because of the arrival of the British forces.


With the Sarawak’s election ended, it’s now become important more than ever for us to ensure the winning of BN in the next general election. We now have barely enough opportunity to prevent the mess that will follows if the DAP establish the first (and maybe the last) ever minority government.

The Sarawak election had confirmed that the Malaysian Chinese had totally abandoned the 1957’s Social Contract. The Chinese - not entirely by their own fault - no longer consider it necessary to maintain the symbiotic relationship with the Malays. It’s all now about the Chinese for them selves. Sadly speaking, I think that the Satu-Malaysia proposal by the current Prime had failed. There’s no more Satu Malaysia. It’s now the Chinese vs Malays with the Indians waiting to side with the victor.

I think the only way to intercept the domino now is to focus on winning the general election through the Malay’s votes. It’s become crucial now to politically assassinated Anwar Ibrahim by whatever means necessary. A new strategy is also needed to tell PAS supporters that they are holding the Devil’s hand.

The good things though coming from Sarawak election is to know that Sabah and Sarawak will remains under Malays even if the whole peninsular states had been wiped out by PAKATAN-DAP. But I do wonder whether we’re witnessing the events that will lead to the birth of two opposing regions namely the West Malaysia vs the East Malaysia (sort of like North Korea vs South Korea). If that happens it will ironic considering that UMNO which was born in Johore eventually be defended by the State of Sabah whom once called as “Negeri orang Kafir” (During PBS era) . It would be more ironic if these lead to the coming of the Black Banners from the lower part of Borneo especially when PAS leaders once called the Sarawakians as “masih memakai cawat”.

Impossible? Maybe.. But from history we saw that people who thought themselves as God’s favorites and better from others are usually disappointed to learn otherwise. PAS supporters look at themselves holier that thou would be shocked if they know the type of people they’re now associating with within PKR and DAP. The people of Borneo on the other hand always were considered as the second class within UMNO. Time will see if the universe will shows its irony card once again, as has always happened in the past.

4 out of 11 of my friends from the now extinct Watchers Group had given me the green light to write about our 2009’s profiling on global event that we later agreed as the perfect example on how to spread political propaganda. I’ve been drooling to write about it since 2010 but they said then it was a bad idea to publicly teach the general population on how to brain wash millions of voters in less than 90 days